When was the ice age?  Over the last half-million years ice has spread out several times from the mountains of Wales, England and Scotland across the lowlands – each of these glacial advances can be called an ice age. The erratic boulders of Birmingham and Bromsgrove came from Arenig in North Wales, probably during the most extreme (Anglian) ice age 450,000 years ago when ice covered East Anglia. In contrast, in the last ice age (the Devensian), the ice limit was around Wolverhampton. Beyond the ice was tundra where the megafauna prowled (image Wikipedia commons Mauricio Anton). 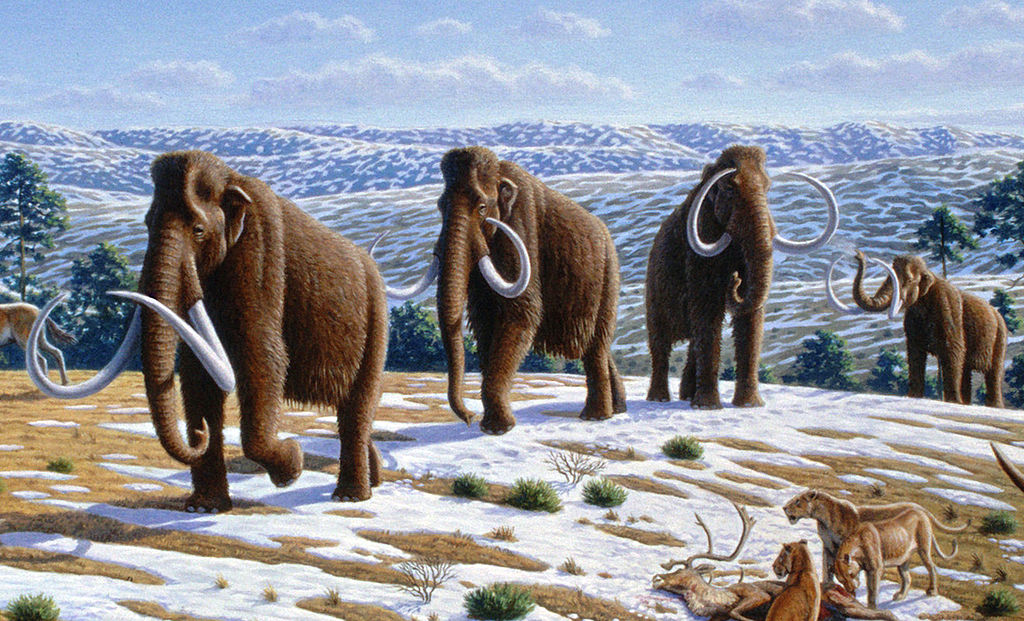 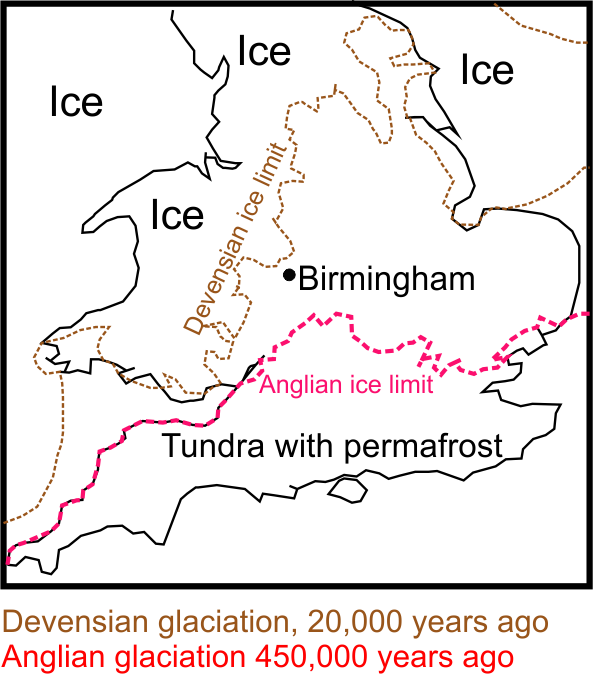 We know a lot about the last ice age because it was not long ago, reaching its zenith around 20,000 years ago and many of the landscape features are still fresh. For a national synthesis, see results from the BRITICE project and the BRITICE-CHRONO project. For a more local take, the effects of the last ice age on a lowland landscape in Herefordshire were documented by the Earth Heritage Trust at the IceAgePonds website.

In this last ice age, the ice limit at Wolverhampton is marked by huge numbers of boulders from The Lake District and SW Scotland as documented in Martin’s 1890 map. Evidently this ice, which entered Cheshire from the Irish Sea and so is often called Irish Sea Ice, formed a more powerful flow than the ice from Arenig, forming part of the Welsh Ice Sheet. 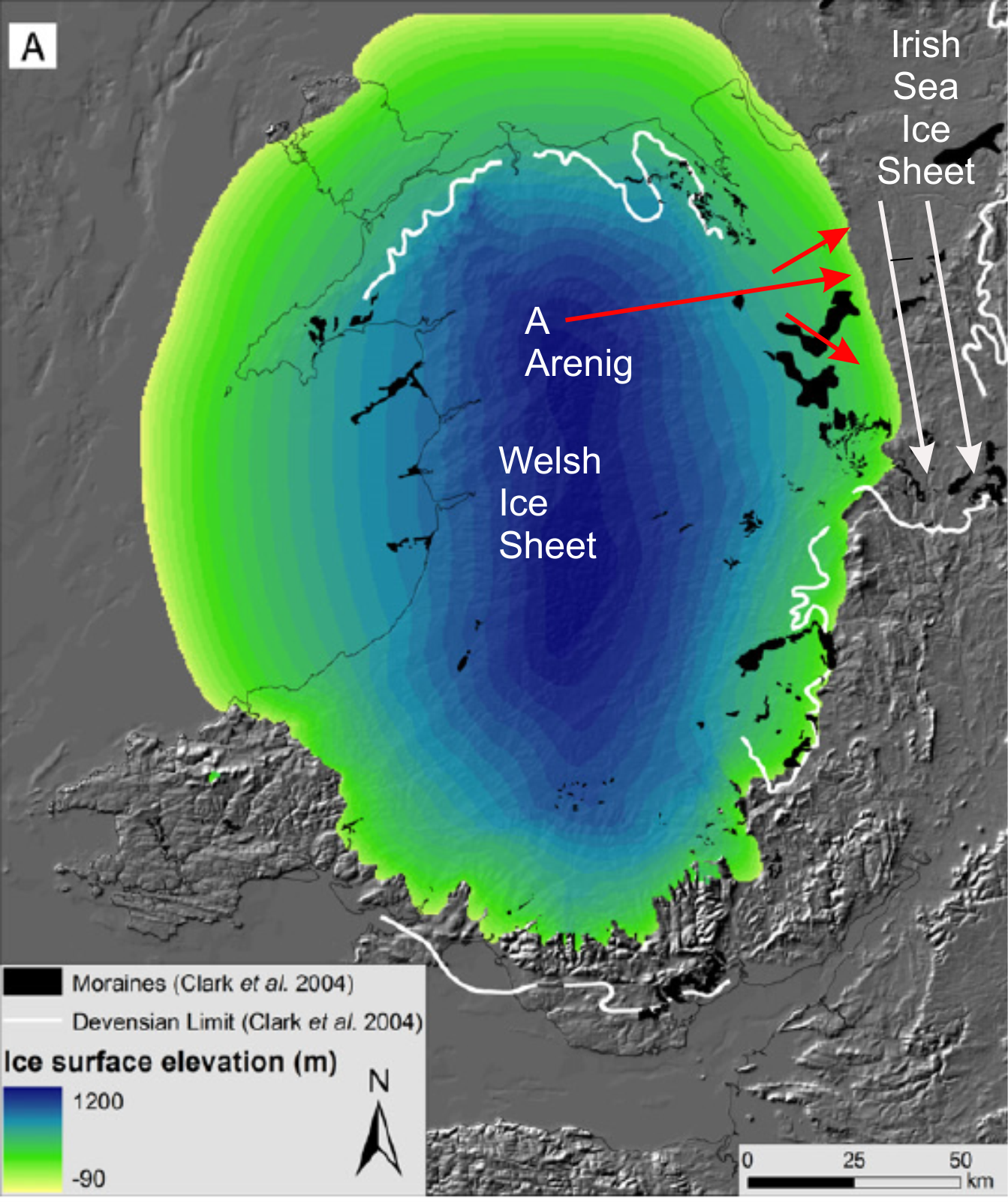 This image shows an area centred on Wales and shows results from a computer model of the Welsh Ice Sheet (Patton, H. and others, 2013, Boreas, 42, 471-490) and shows how Arenig Fawr would have been under the highest part of the ice at 1200 metres altitude.

However, during an older Ice Age or Ice Ages Welsh ice reached Birmingham!  How can this be?  It must have been the case that the Welsh Ice sheet grew relatively larger (because of more snowfall) than on the mountains that fed the Irish Sea ice. Hence the Welsh ice moved more quickly and earlier, cutting off the Irish Sea ice sheet.

Here is a diagram showing the variation in global climate over the last three million years, oscillating between colder “glacial” and warmer “interglacial” periods.  The diagram has been constructed from ocean cores and the younger parts have been verified by records from ice cores and from stalagmites.

We don’t know when glaciers first grew in Britain, but it could have been a million years ago. Around 0.45 million years ago there was an extreme glacial when we know ice reached East Anglia (the Anglian glaciation) and this is likely when Welsh ice reached Birmingham and on through Worcestershire. It is possible that Welsh ice again reached Birmingham again around 150 thousand years ago.  However, in the less severe most recent Devensian ice age, 20,000 years ago, the ice limit was around Wolverhampton and this was the Irish Sea ice sheet.