Where did the erratic boulders come from?

Where the erratic boulders came from

Erratic boulders were traced back to their origin simply by mapping: the boulders spread along the flow of the ice from their source. Here is a map summarizing what was found by Macintosh (1879) who collected together all the reports of erratic boulders in north-west England.  A white granite from Criffel in SW Scotland and a pink granite from Eskdale in the west of the Lake District were particularly distinctive and could be traced as far south as Wolverhampton. On the other hand, boulders of volcanic rocks from the isolated mountain of Arenig Fawr in North Wales were found in BIrmingham and NE Worcestershire.

People were confused by the crossing of the inferred red flow lines with the black flow lines, but then realized that they must reflect transport in different ice ages.
Illustrated in this animation.

Here is  a hyperlink to Macintosh’s remarkable map.

Below is a detail from Macintosh’s map showing the Arenig boulders (black squares) fanning out from “Great Arenig” (Arenig Fawr). 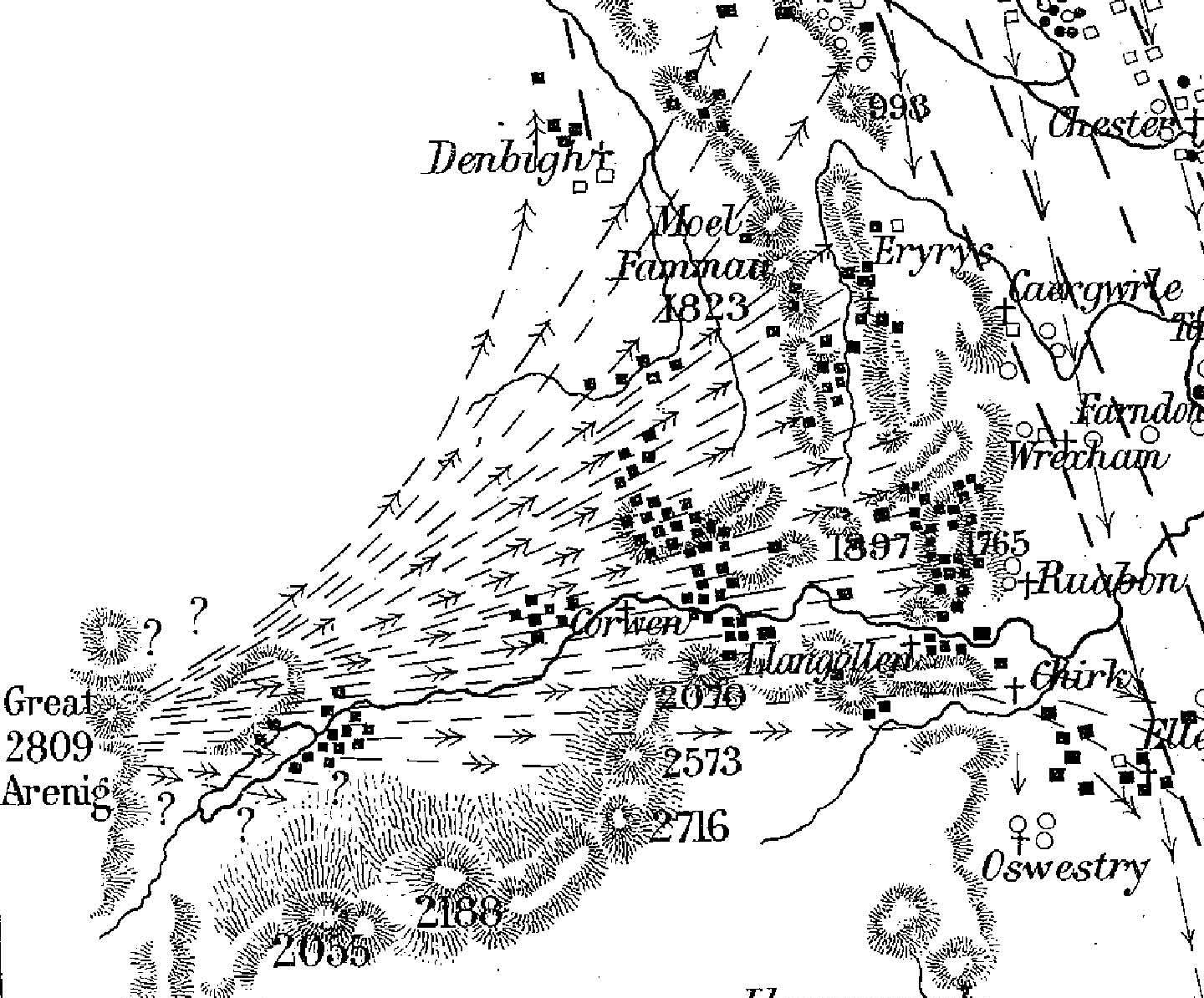 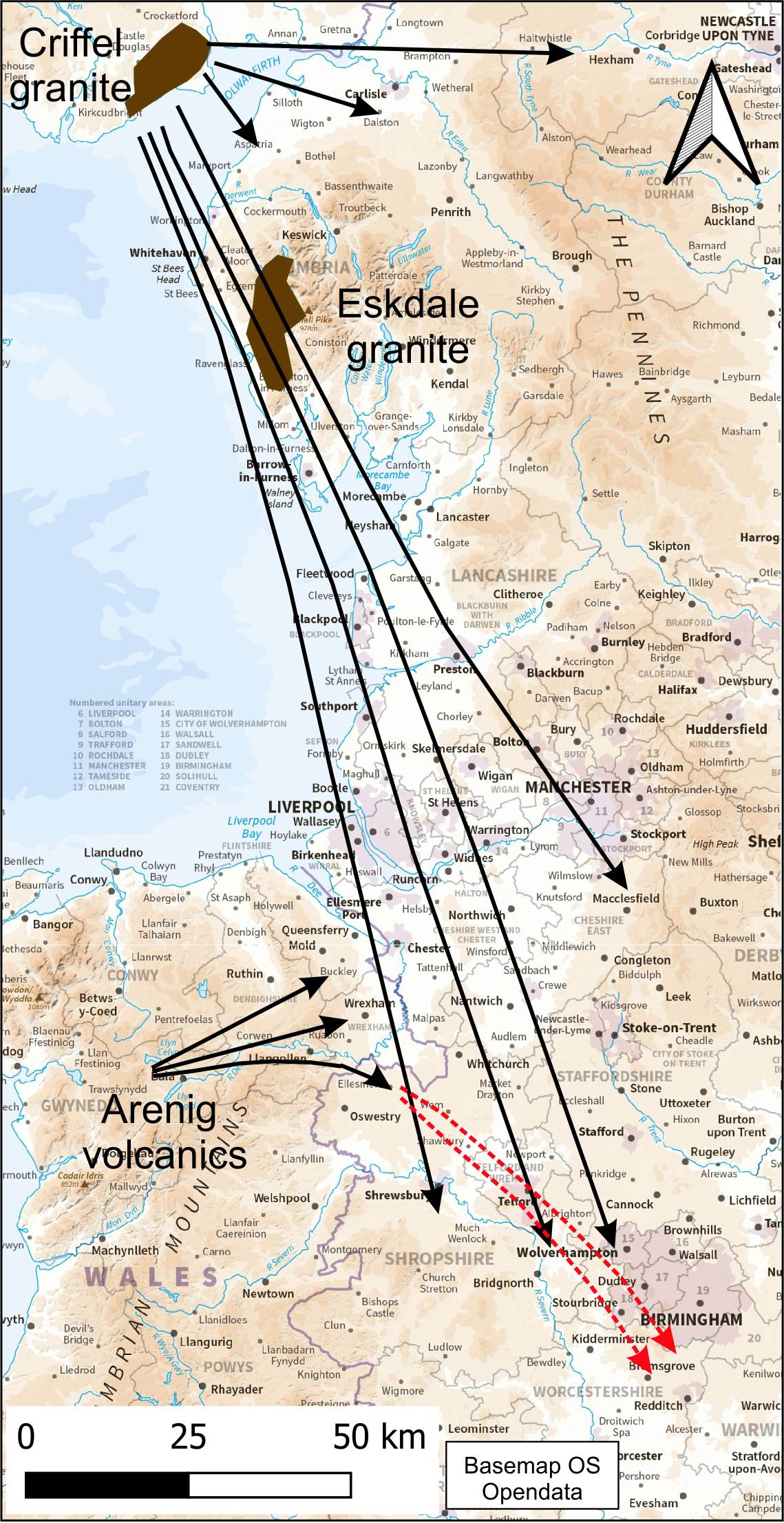 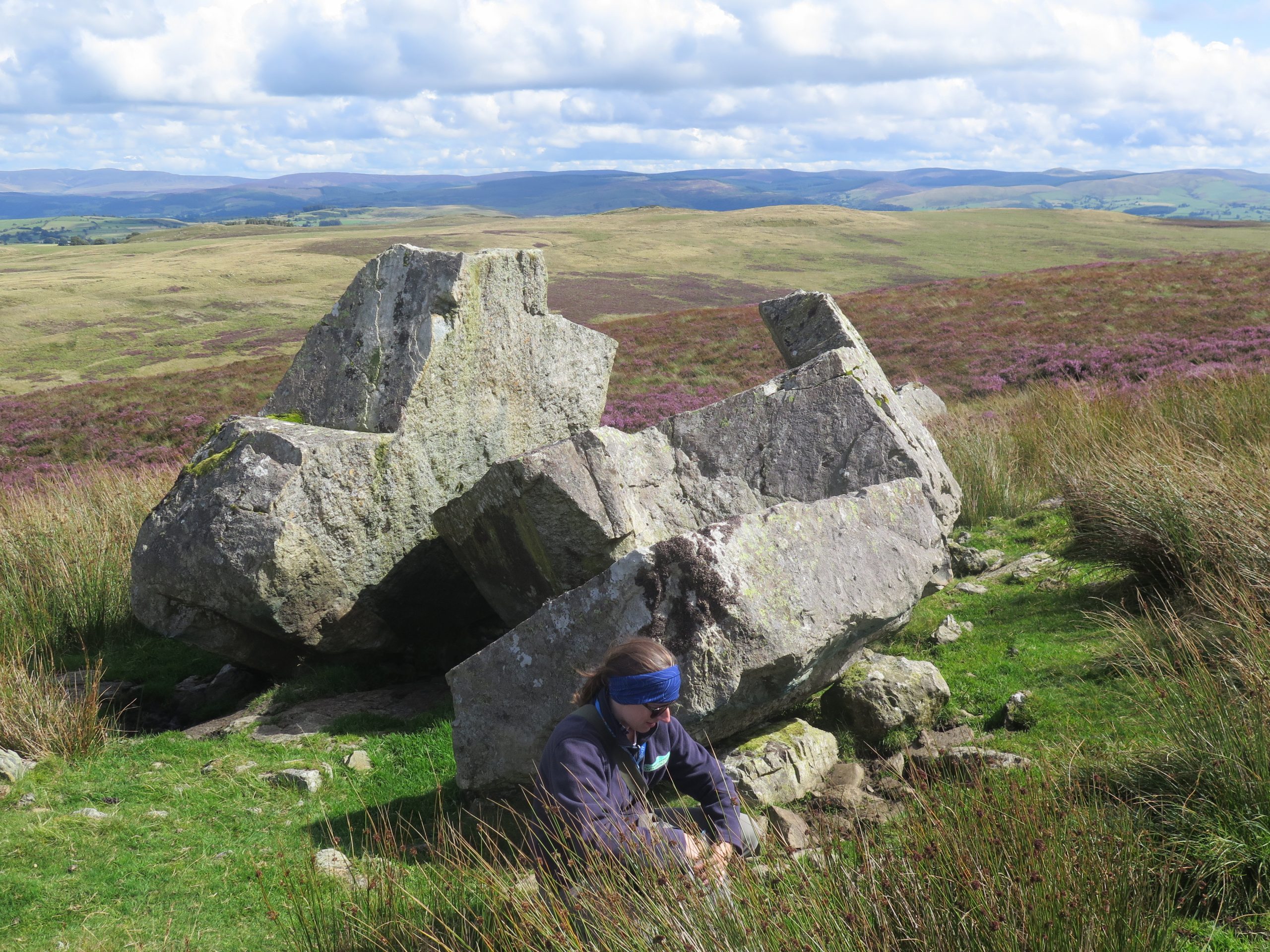 Erratic boulders are found quite close to the mountain itself as in this photo. Probably the boulders mapped in the valleys east of  Arenig were eroded and transported in the last ice age. Something similar happened in an older ice age when the glaciers reached Birmingham, but evidence for this is likely to have been eroded away by now as the valleys deepened.

Here is a detail of Macintosh’s map in the Birmingham and Bromsgrove area. Only part of the area had been surveyed in detail by that time – hence the question marks!

A more detailed map was presented by Fred Martin in 1890.  To see it, look in the section “where shall we look?” 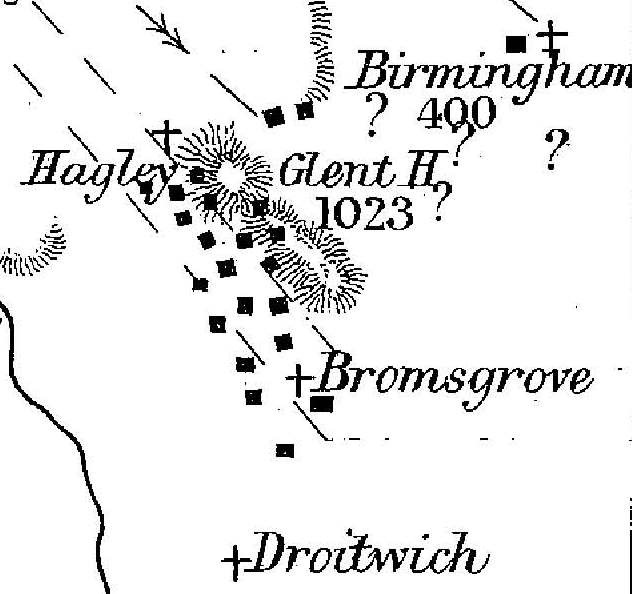